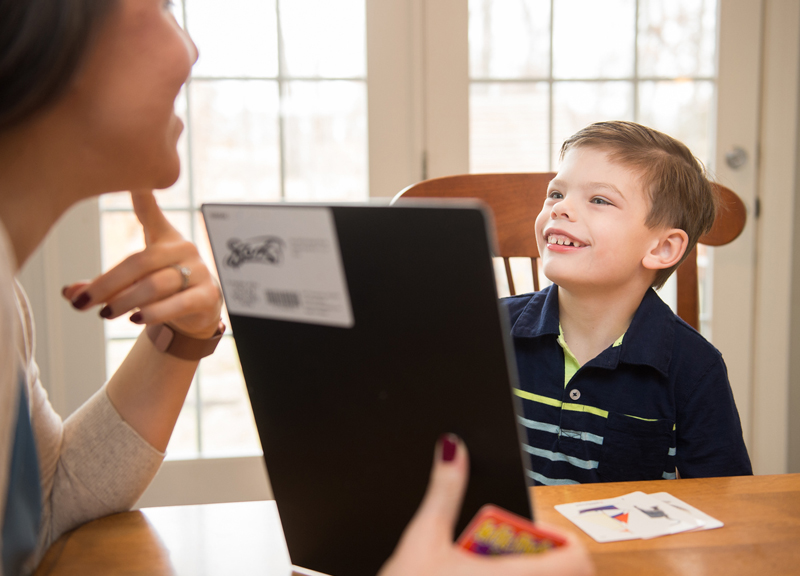 Speech-Language Pathologists (SLPs) hear this question daily. Should my three-year old be able to say the /g/ sound?  How about the /r/ sound?  Speech sound production is only one piece of the equation.  In order to decide whether a child is “on track” with his or her sound development or needs remediation, we must look at several areas:

1.   Sound Productions-The chart in our resource section HERE shows when 85% of children can produce certain speech sounds at the beginning, middle, and end of words. Some children will develop sounds much sooner than this chart and many will be later.  A wide range exists with sound production.

2.   Phonological Processes-A child may be able to produce sounds, but does not use them all the time.  For example, a common process for young children is called final consonant deletion (FCD).  In FCD, a child may say “boa” for “boat”, and “da” for “dad”.  The chart in our resource section HERE breaks down all of the phonological processes by age.

3.   Intelligibility-This is how well your child is understood by both familiar and unfamiliar listeners.  This can be measured in words, sentences, and conversation.  A typically developing 4-year old should be 100% intelligible, but may still have sound errors.  According to Coplan & Gleason, 1988 and Flipsen, 2006, To an unfamiliar listener, children should be 25% intelligible at 1-year of age, 50% at 2 years of age, 75% at 3-years of age, and 100% at 4-years of age.

4.   Hearing-If your child has not had a recent hearing screening, we will highly recommend getting one.  Most pediatricians and pediatric audiologists can perform screenings.  Speech sounds fall along a spectrum of frequencies from around 200-4500Hz and a slight dip in hearing ability at one or more frequencies can impact the child’s ability to hear, and thus produce, those sounds.

A licensed Speech-Language Pathologist will be able to properly assess your child’s sound productions, phonological processes, and intelligibility and determine if therapy is necessary.